Amanda Cabrera | I’ve got to level with you…. 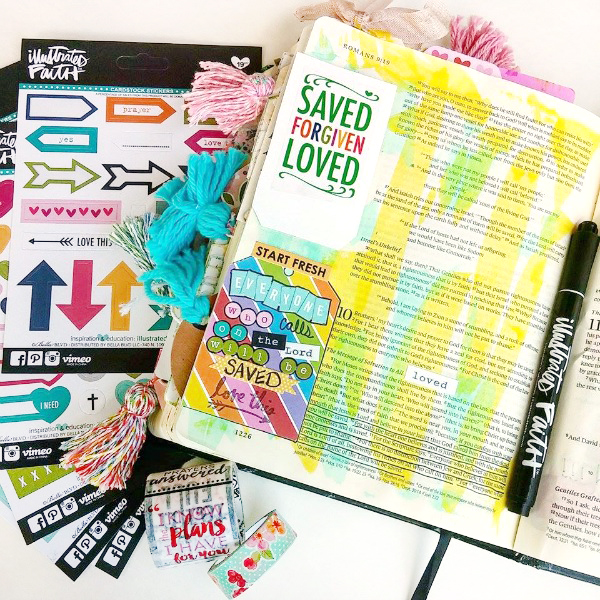 Hello Lovelies!
I wanted to take a minute today and just level with you.  This may be some of the hardest truth I’ve ever had to admit publicly but sometimes I feel apprehensive about “ministering” on IG or the Illustrated Faith blog.  Now I know that may sound harsh but I believe in transparency.  I believe in saying whats on my mind because I’m sure I’m not the only one out there feeling this way.  Beauties, sometimes the fact that it hasn’t been that long since I raised my hand, opened my heart and accepted Jesus as my Lord and Savior makes me really REALLY self conscious speaking so freely about Him.  However, today, I truly feel called to write this because I’m praying that it reaches the right person so they don’t back down from speaking the gospel…EVER…even if it is moments after accepting Jesus themselves!  For the longest time I was lost.  I was angry with God and that’s when I believed their was a possibility that He was actually real.  I was angry with the hand I had been dealt and I wanted nothing to do with faith.  I knew very little about Christianity and believed so many lies that I had been told that I couldn’t possibly understand why someone would want to subject themselves to so many “rules”.  It took me a really long time to willingly walk into church.  Once I did, I sat there for months listening to when the pastor was saying but just not getting it.  Nothing was clicking for me like it was for everyone around me.  People were dancing and raising their hands and I couldn’t accept that they were doing all of that because they truly wanted to.  Fast forward to October of 2014 and a little song called Cornerstone played and I just crumbled.  Tears flood from my eyes and I felt Him pour into me.  My hands raised to him and I knew the truth.  That His love was all I would ever need.  In that moment I was weak made strong.  I was saved.  Romans 10:9 says that “if you confess with your mouth that Jesus is Lord and believe in your heart that God raised him from the dead, you will be saved”.  It’s not enough to just say the words but when you feel it deep down in your heart and in every fiber of your being, it is then that you will feel a lifting of all the pain you have and you will know the truth.  The truth that without Jesus, you will never know true love and joy.  I may not know everything that’s in the bible right now.  I may not know all the technical terms or the precise timeline for every biblical event, but I do know that God gave his only son to die for me so that I may be redeemed and one day ascend into heaven to meet my Father.  I do know that every single person on this earth is beloved and has a special purpose in this life.  I may not always know the right words, but I will always know the Father’s love for me and that’s enough for me.  I pray that if you are just beginning on your journey to know God that you don’t give up when it doesn’t feel “how it should”.  I pray that you just call on Him, even in your doubt and weariness because He does love you and He will pour into you and when He does, you’ll never be the same.